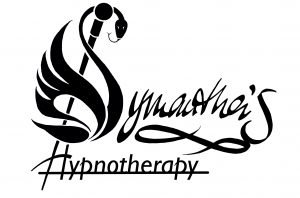 … that what I think is not that important.

However, as you are curious.

I believe hypnosis to be a system through which we deliberately create a change of mental focus to access parts of our brain that run our unconscious programming.

We do it naturally all the time, but hypnosis is like doing it with a purpose or design in mind.

Our brains do an amazing job for us.

Right now your brain is sorting the massive flooding of  billions of individual pieces of sensory information  being experienced by you through your senses.

Out of awareness, it assesses each piece of information deciding if it is safe to be be filed.

Or whether it needs to run an associated automatic programme linked to that piece of information.

Or whether it needs to bring it to the attention of your conscious mind.

As you are reading this  your brain making sense of the words on the screen. Your eyes look to the symbols and your brain decodes. Your skin is aware of the temperature around you and your brain is sending electrical messages to keep that in balance.

A cool day will have your automatic programming instruct the skin to re-balance its surface temperature by sending millions of electronic messages to the tiny muscles around each and every hair follicle instructing them to contract.

Whilst your eyes pull in the words you are reading, it is also processing information from the periphery.

So, if you see a missile coming toward you, you will duck or catch the ball of paper that your partner has just thrown at you for not listening.

But of course, you heard it all. It is just your brain has decided what your partner was saying was of less importance to the words that you are reading.

You have put on your jacket on without really thinking about the fact that you feel a little chilly.

As if some other part of you were running that response.

Of course, had your partner screamed in fear or pain, you would have dropped everything and come running.

You get the picture.

Every single one of us.

And we barely recognise it.

We have millions of automated programmes or behaviours that we run without ever being consciously aware of them.

This is fantastic! If we needed to consciously process every single piece of sensory information we would be unable to function as we do.

That said,  some of our unwanted behaviours, the anxieties that we feel, and the self-sabotaging that we seem to do are run by our automated systems. Those that worked well for us once, but are now out of date.

If we can somehow tap into these unconscious processes then we can adjust the programming.

I believe that when we work in an altered state and employ our imagination to help us we can change the automatic programming to something that serves us better.

Hypnosis under the direction of a hypnotherapist aims to connect with your inner resources and make the changes needed for you to achieve all that you want to. Under hypnosis, your imagination is harnessed to programme new and beneficial ways of being.

Have you ever wondered what your imagination is about? What is its purpose?

If you think about it, imagination is an essential aspect of perception. It fills in the gaps beyond what we see, hear and feel.

Reality is formed by your perception and perception is coloured by your own set of filters, so, reality is a fairly subjective matter. It is only as you have constructed it through the information gleaned via your senses. My reality may be very different from yours.

Imagination is a powerful partner in perception and what we accept is reality.

Hypnosis harnesses voluntary imagination so is different from daydreaming or dreaming whilst asleep, which is involuntary.

Our brilliant brain allows us to perceive the difference between incoming information and self-generated information.  However, brain scans have illustrated that merely imagining a particular activity fires up the exact same regions of the brain as physically doing the activity does.

So at some level, the brain does not differentiate between reality and imagination.

Hypnosis makes the most of this in order to re-adjust and change some of our out-of-date programmings.

To me hypnosis is the voluntary refocus of imagination to directly accesses our sub-conscious where our deep-seated unconscious beliefs reside.

As a  hypnotherapist, I have a range of techniques to hand in terms of guiding that voluntary refocus so that significant change can be achieved much more quickly and with a greater chance of permanence.

Some people think it is placebo effect. That is not my particular view but I can embrace that as an option. Point being, if the brain believes it is, it is. And that is something we work with in hypnotherapy.

I believe that creating trance like states for ourselves is a skill and an art. It is something that you can develop and get better with in time.

It is not magic but its effects are truly magical.

What it is not